The first room, dedicated to the Occupation, initially examines the patriotic feeling and defence of Morvan in 1940, then the weight of the German Occupation : occupation of towns and villages, restrictions on freedom, rationing, requisitioning, Nazi repression, etc.

In the face of German and Vichyist propaganda, the Resistance organised itself : clandestine leaflets and newspapers, courageous interventions by Morvan figures, explanations, etc. This second room presents the first acts of Resistance up to the formation of the maquis Resistance groups (including various materials, photographs, weapons and costumes) and the help provided by the Allies (parachute drops, containers, cards, mannequin, etc.).

The Morvan occupies a strategic position in the Liberation of France. The maquis fighters liberated the Morvan in September 1944, through sabotage, combat and battles (photos, reproductions, a slideshow on the battle of Crux-la-Ville, objects, and more can be seen). The visit ends with a look at memory and the philosophy of the Resistance (including photographs of memorial events, steles and monuments, poems, texts and letters). 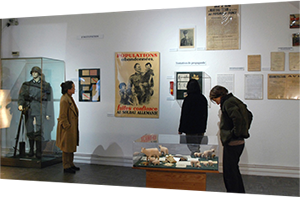 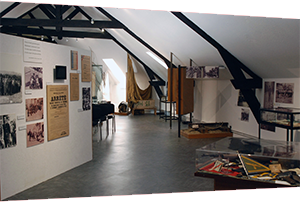 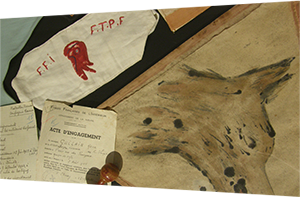